Showing posts from June, 2019
Show all

Thierry Baudet: Who Is The Boss of the Netherlands? 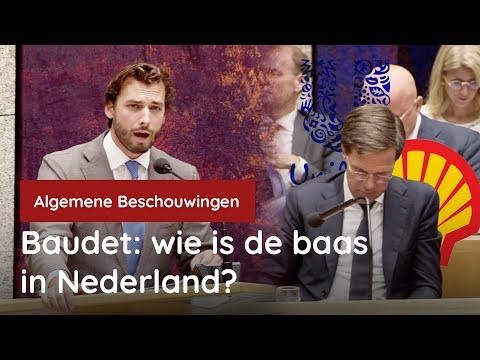 After the murder of Pim Fortuyn there has been no other prominent Dutch politician who questioned the influence of the Dutch monarchy in Dutch politics other than Geert Wilders.

Until the arrival of Thierry Baudet, who is the new political star in the Netherlands. In the Dutch parliament last year, he mocked the speech of King Willem-Alexander (“troonrede”) and referred to it as a litany of fables. And then asked at 6:10 minutes:

“Who really is the boss of this country? Who can influence or decide things. Is it PM Mark Rutte? Is it the king? Is it Juncker? Is it Soros? Is it Merkel? Is it Paul Polman of Unilever?"

The fact that Thierry Baudet mentioned King Willem-Alexander is really revealing and very courageous. Most Dutch politicians know this to be true, but would never say it. The monarchy is considered the sacred cow of Dutch politics, but it also the elephant in the room.

It is also important to know the context of this parliamentary debate. It was discovered that Prime Min…
Post a Comment
Read more
More posts