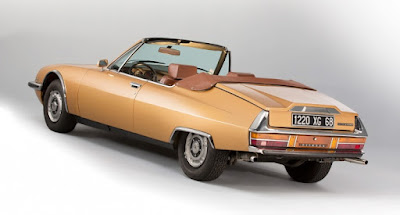 The large underground garage where B had parked the Citroën was dimly lit. As we walked over to the elevator, B pointed at a black Porsche 928 and said: “See that car? That car was in Risky Business. Did you see that movie?”

Before I could answer, she hit the elevator button. I hadn't seen the movie, but the elevator we entered seemed very risky. It was a small antique, mahogany cubicle. B closed its door and slid a copper screen across. The elevator went up slowly as we saw numerous doors slide down below us until we reached the top one. The thought of kissing her then and there had never occurred to me.

Outside the elevator, immediately to the right, was apartment 704, and the moment B opened the door a four-footer approached me with a smile. I had never seen one of those before. It was a Russian wolfhound also known as a borzoi. The dog was very tall, skinny and furry with an arched back and blended well with the art-deco black leather couches, sleek lamps, vases and statues. It was as if Erte’ had decorated the apartment himself.

In the corner was a bar built from glass bricks and was lit-up with different colored lights. The shelves behind it displayed a collection of liqueurs, and above that was a large black sign that read in pink neon light: Who is John Galt? I didn't know who that was but pink was not my favorite color.

I was relaxing in a black leather couch just letting the evening unfold as it kept getting better. B had brought me a glass of wine and I continued to sip it as our eyes remained locked, but I couldn't help notice the ABC Lexicon of Love album which was my favorite New Romantics band from the eighties. 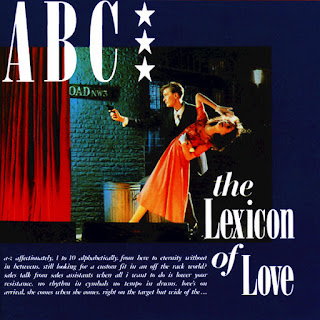 Next thing I know we were watching the James Bond movie Octopussy. Bond was in bed with Magda, drinking Don Perignon champagne and notices the little tattoo on her lower back and asks: “Forgive my curiosity, but what is that?” Magda answers: “That’s my little octopussy,” and then they kiss, and then we kiss. It was a beautiful thing. I remember thinking: The eagle has landed. But that was a different movie.
When we woke up the next morning together I was looking for my PPK but then remembered I wasn't James Bond. I just felt like him. It was a good feeling. B opened-up the refrigerator and introduced me to a fruit I had never seen in Holland: mango. I thought it had a strange looking shape and a very large pit, but I did like its aftertaste.
"My goal is to marry this man," B told me, pointing at a leaflet on the refrigerator. I looked at his picture and didn't find him particularly handsome. He also looked much older than her. The name under the picture read: "Dr. Leonard Peikoff, Capitalism versus Socialism Debate."
I asked B why she wanted to marry him, and she said that he was the greatest man in the world. We then went out for breakfast.

July 27, 2019
Crescent Court Hotel, Dallas, Texas DALLAS, TEXAS -- 1985-89: Luckily, a new hotel had opened-up in Dallas, and I was able to work some banquet shifts there.  It was a 5 star hotel called The Crescent Court Hotel. Its banquet manager, Jorge, had previously worked at the Anatole Hotel as an assistant banquet manager with Charles Lorenzi.  The banquet facility at The Crescent Court Hotel was minuscule in comparison to the Anatole Hotel, but the money was much bigger. Jorge was originally from Bolivia, was medium built and had wavy black hair, which wasn’t bad for a man in his forties.  He also had a big black mustache and a very large oval head that seemed out of proportion to the rest of his body. Before the banquet commenced, Jorge was always nervous and overly serious.  But after serving the dessert and coffee, he became relaxed and charming.  And as a banquet waiter, the money was always very good and so was the employee-cafeteria food.  And I was always grateful when Jorge in
Post a Comment
Read more