Jorge was originally from Bolivia, was medium built and had wavy black hair, which wasn’t bad for a man in his forties.  He also had a big black mustache and a very large oval head that seemed out of proportion to the rest of his body.

Before the banquet commenced, Jorge was always nervous and overly serious.  But after serving the dessert and coffee, he became relaxed and charming.  And as a banquet waiter, the money was always very good and so was the employee-cafeteria food.  And I was always grateful when Jorge invited me back to work some more banquet shifts.

The design and the architecture of the Crescent Court Hotel was traditional European style, and so was its upper management.  The general manager was from Holland, and most the staff below him were from Switzerland.  At some point the general manager and his wife learned that I was from Holland as well, but avoided making eye-contact with me because they were ambitious high society types and considered me to be of a lower class.

Holland (aka The Netherlands) is a monarchy and as such has a caste system still inherent in its society.  I for one had never understood how the Dutch could preach equality while at the same time maintain a monarchy, a system based on the superiority of one’s blood-line.  But then again, I was only a commoner and my opinion back in that kingdom was of no consequence.  And this was another thing that I really liked about America: no monarchy, no kingdom, no knighthoods.

One day, when I entered the service elevator, I was standing next to the celebrity chef Wolfgang Puck, who is originally from Austria and is small in stature.  On the ride up, he kept looking up at me in a strange way and right before the doors opened made a put-down comment about my hair.  The non-celebrity chef next to him laughed like it was the funniest joke he had ever heard, with the artificial hysteria reminiscent of a court jester.  Of course it might not have helped that I was wearing my usual pink suspenders.  And it might not have helped that I stand almost two meters in height -- a difference painfully noticeable in a slow, small service elevator.  And it reminded me of what Louis Haiman once told me: that some small men will always hate tall men -- for that reason alone.

Another celebrity I encountered at the Crescent Court Hotel was Robert Duvall.  Just as we had completed setting-up the banquet tables and were awaiting the crowd to arrive, he showed-up unannounced and unexpected.  He was dressed like us in that he was wearing a white jacket, albeit a blazer, with black pants, and asked if he could join us in our break and took a seat on the sofa where I was seated.

He told us that he was to perform a tango dance for a charity.  When some hotel guests walked by, they saw Robert Duvall sitting with about a dozen waiters, casually conversing with them.  Some guests had to do a double-take.  At first they might have thought that he was the head-waiter, but upon closer inspection noticed it was indeed the famous actor, Robert Duvall.  I myself had to do a mental double-take, thinking: I can’t believe it.  I’m actually sitting next to Don Corleone’s consigliere talking tango.  Only in America.

After the banquet dinner, I saw Robert Duvall dance; he was incredible.  He took turns dancing with numerous high society women.  After working many charity luncheons and dinners as a waiter, I had become familiar with most of them.  They were always very excited to be in attendance, mostly to show off their latest designer dress, accessories and celebrity stories.

Ironically, there were other celebrities staying at the Crescent Court Hotel that night as well, but they were mostly unknown within the high society circles.  It was a band called Depeche Mode, and many of their fans were loitering outside the hotel lobby.  I myself had just discovered them only a few weeks earlier when the beverage manager of the Anatole Hotel had given me their LP, Speak & Spell, which soon thereafter became my favorite album. 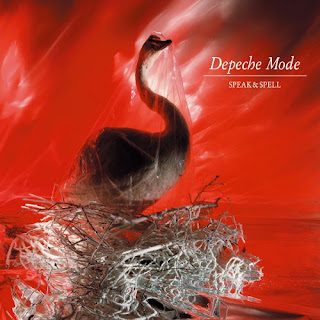