As a teenager growing-up in Holland, I used to watch numerous American TV shows. The one that I really liked was Miami Vice starring Don Johnson. At this time in Holland there were only two government television channels, and they didn’t commence until 3pm in the afternoon and ended slightly passed 11pm. Another one I really liked was Magnum, P.I. starring Tom Selleck. And though Magnum, P.I. was featured only once a week, it provided me with enough inspiration to enter the world of palm trees, white beaches, beautiful women and a red Ferrari. But if not a red Ferrari, I would have gladly settled for the convertible Rolls-Royce Corniche as occasionally featured in my other favorite TV show, Hart to Hart, starring Robert Wagner and Stefanie Powers. For me, Don Johnson, Tom Selleck, and Robert Wagner as portrayed on television were the ideal men living in the ideal world.

So in 1983, after graduating from high school in Holland, I stepped aboard a KLM Boeing 747 to the USA. It was a one-way ticket to paradise, at least so I thought at the age of eighteen. It was to be my long awaited escape from the Dutch rain and wind to a land of sunshine and opportunity, from grey skies to blue skies, from socialism to capitalism. 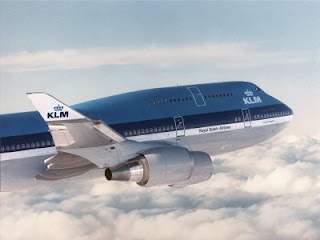 A couple of hours after checking-in, I was high up in the sky, drinking a Martini & Rossi sweet vermouth on the rocks, and realized what an achievement it was for mankind to have the ability to fly above the clouds, next to the sun, in such comfort and ease. 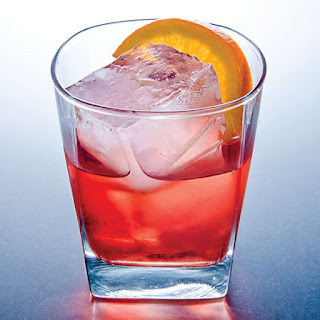 I was reminded of seeing the black-and-white pictures of the well-dressed men and women flying the first transatlantic passenger planes, the ones with the propellers. And only a couple of decades later, the jet engines replaced the propellers and the planes became even more comfortable and much faster. And I realized that the earlier generation had it right: the best way to honor the ability for mankind to fly was to dress-up for the occasion. 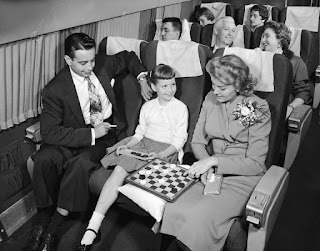 After landing I felt I had reached the Promised Land, but I still had to go through US Immigration and the first person I was to meet in the US was an elderly inspector who kept looking at my passport in a wary way. Perhaps it was because it was issued at the US Embassy in Amsterdam and its picture was glued-on with a flimsy seal. Or perhaps it was my Dutch accent and Dutch fashion style of clothing.

Though I was born in America, it was obvious that I hadn’t been raised there. Perhaps the officer thought that I was an imposter or that I was using a fake passport. But I was able to answer all of his questions, but then there was a long pause. So after a while, I asked the officer if there was anything wrong, to which he replied, “I guess not,” and stamped my passport.

When I walked outside the airport doors, I saw an attractive woman in a convertible Mercedes parked at the curbside. I smiled and gently waved at her. To my delight, she smiled back. And though I wasn’t the one she was picking up, for me her smile was confirmation that my American dream was on its way to becoming reality. After all, I was in Los Angeles, and she could have been a movie star. She could have been Mrs. H, Stefanie Powers, from Hart to Hart. 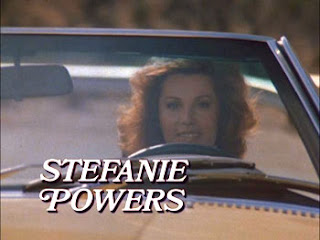